Well, I survived the cold stormy night in my wet tent. When I first climbed in it late yesterday afternoon I was expecting a cold and miserable night. But, as I mentioned in my last post, I actually slept well and was warm. When I awoke this morning it had stopped raining but everything was still very wet. My plan was to get to Kennedy Meadows North (KMN) today and spend the night in their PCT hiker bunk room, shower, do laundry and eat restaurant food. I would also be able to dry out my gear and pick up my resupply box that I had mailed several weeks ago. Prior to last night’s storm, my plan was to arrive at Sonora Pass on Highway 108 before 10:30am in order to catch the shuttle provided by KMN. That wasn’t going to happen now, so I set my sights on the 3:30 shuttle.

I was packed up and hiking by 9am. The skies were overcast but it didn’t look like any more rain was imminent. It didn’t take long before I was above the tree line and enjoyed nice views back towards the forest where I had camped last night. 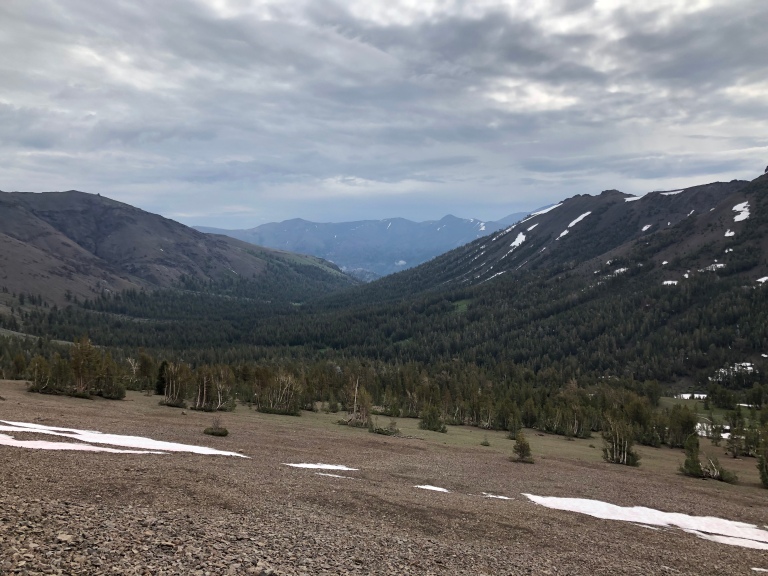 As I looked forward I could see the trail traversing across the landscape above me. 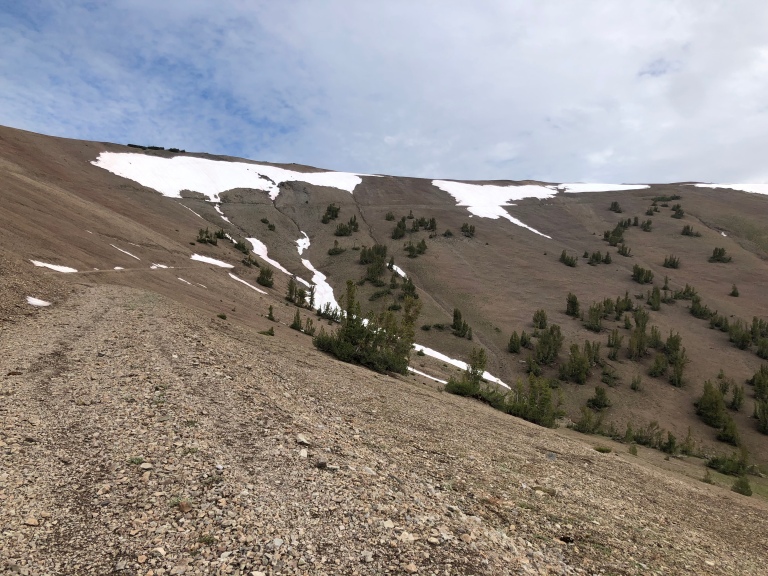 The trail did a big reverse Z switchback up the hill.

Instead of staying on the switchback, I followed a shorter, steeper side trail that angled up from the bottom switchback – something like this: 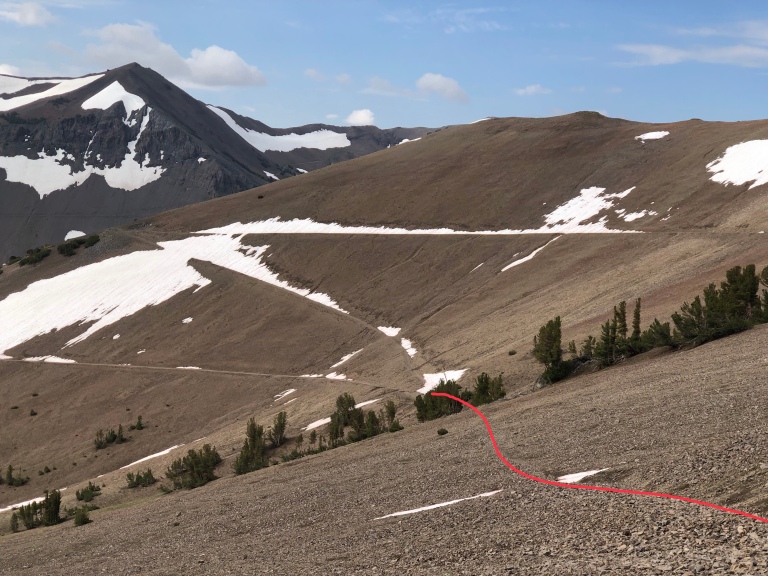 As I got closer to the top, I shot the following video:Once I reached the top there were spectacular views to the south towards Yosemite, where I had started a few days ago.

As I looked forward I could see the exposed ridgeline that I would be walking along for the next five miles.

I had cell service so I called Donna to let her know about the storm and that I was OK. Then I continued my hike and enjoyed these hearty colorful flowers that thrive in this extreme mountain environment.

As I continued, I hiked across 12-15 angled snowfields. Most of these were easy and safe to cross but there were a couple that were a little sketchy and I had to be careful. 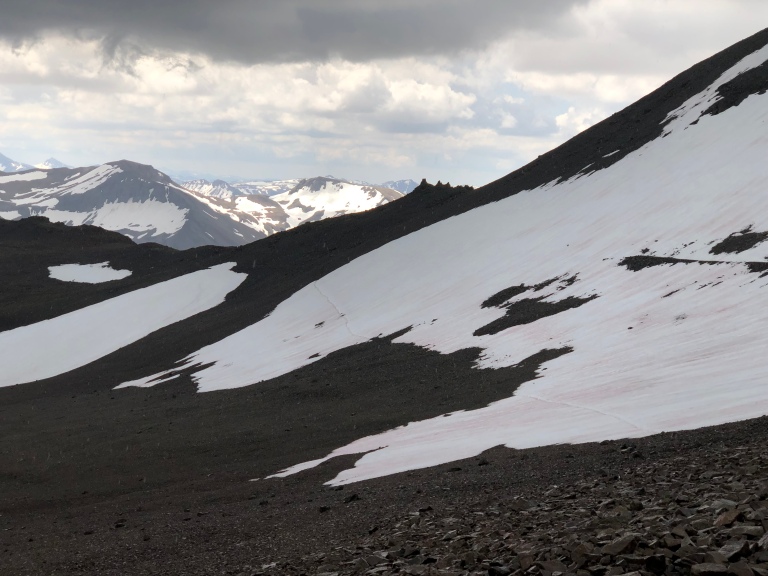 I was thankful that Donna was not having to cross some of these snowfields – I think they would have been a little too exposed and beyond here comfort level.

As I continued, it started to rain. Then the hail came. I was in shorts and my rain jacket but was soon soaked thru-and-thru. As long as I kept moving I stayed warm enough. But the landscape and the views were simply amazing. 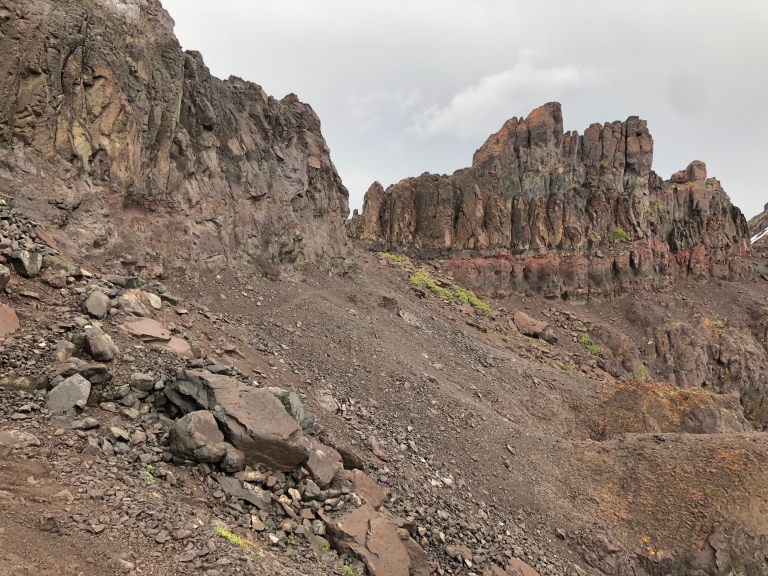 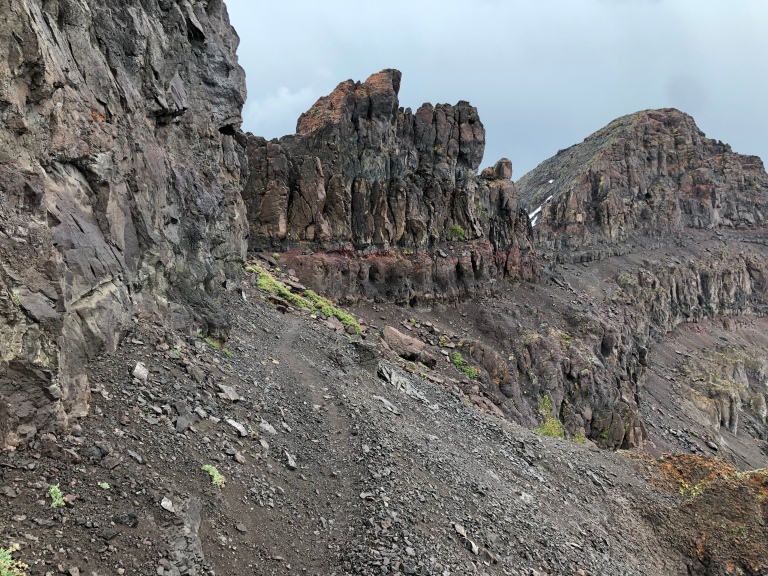 Eventually I got to the other side and could look down to where Highway 108/Sonora Pass was.

There were more snowfields to cross as I descended to the road- would they ever end? 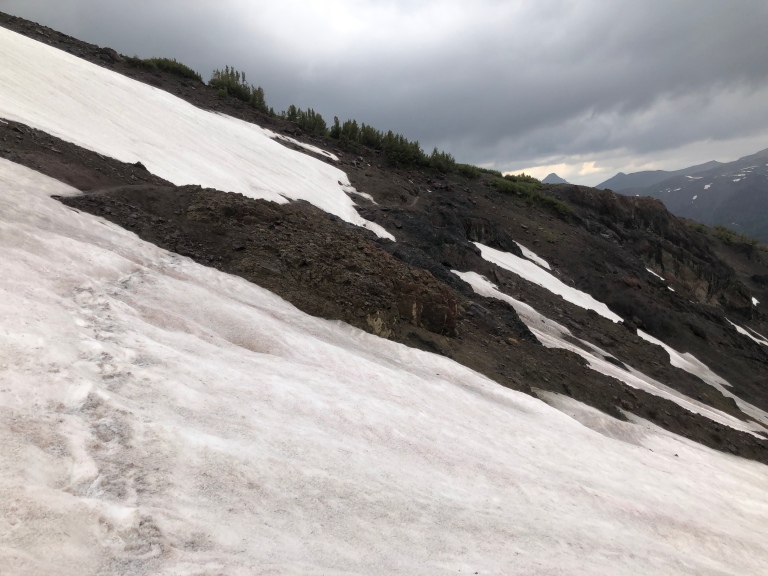 Finally I neared the road and looked back at what I had just come down. 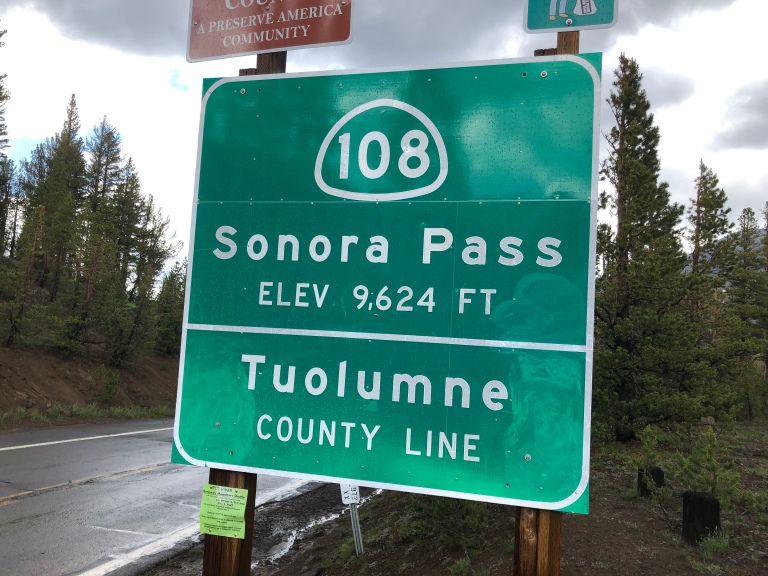