When we awoke this morning it was cold and windy. Our tent was wet so we realized it had rained a little during the night. We had camped on top of a ridge. I realized when we set up camp last night that we were a little exposed but I didn’t think it would be a problem. And it wasn’t. As soon as we started hiking we dropped down on the other side of the ridge and the wind died down. 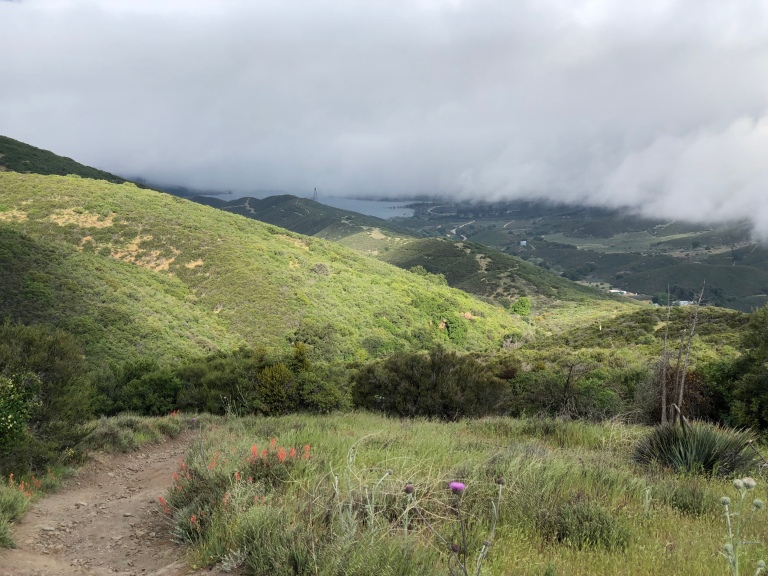 It was apparent when we started hiking today that Donna’s knee was bothering her. She had a little bit of a limp. She normally doesn’t complain, but she admitted that it was pretty sore and was bothering her yesterday as we hiked up out of Agua Dulce. Yesterday was a long day with a lot of elevation gain and I suspected that it had taken a toll on her knee. I wondered to myself if it had been bothering her more than she had been telling me???

As we hiked along, we enjoyed views of the Bouquet Reservoir. 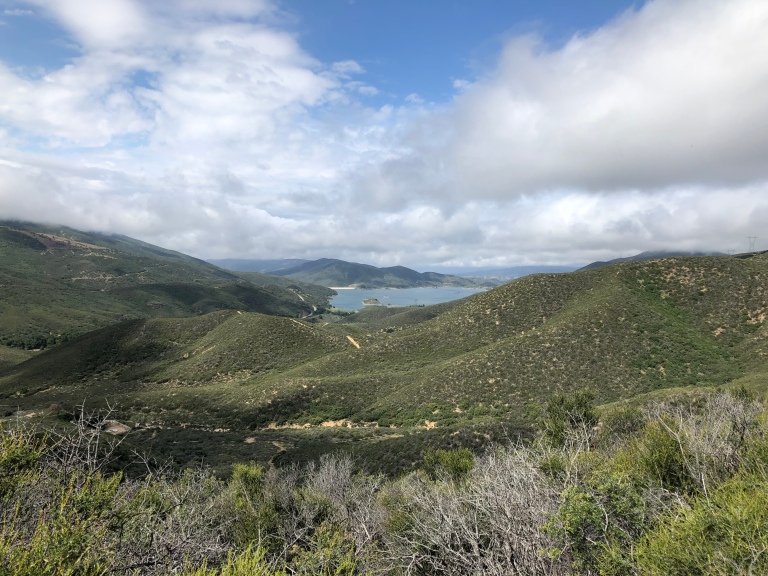 and we took a selfie

Soon it became apparent that Donna was moving a bit slower. Our goal for the day was to get to Green Valley where Casa de Luna is. Casa de Luna is the home of Terrie and Joe Anderson – they are awesome trail angels that have been hosting PCT hikers for twenty-one years!

We continued to move on down the trail towards Green Valley and enjoyed more fine views of the Southern California landscape.

Late in the afternoon we reached the paved road that leads to Green Valley. About one minute after we got there Duke and Duchess arrived – they are the young couple that pointed out the Poodle Dog Bush a few days ago. Casa de Luna is a couple miles away so the four of us put our thumbs out and immediately caught a ride from one of the local residents. She knew exactly where we were headed and dropped us off a few minutes later.

Casa de Luna is an amazing place. There is a huge backyard that is full of trees and manzanita bushes. There are literally at least forty or fifty alcoves among the maze of bushes where hikers can set up their tents for the night. 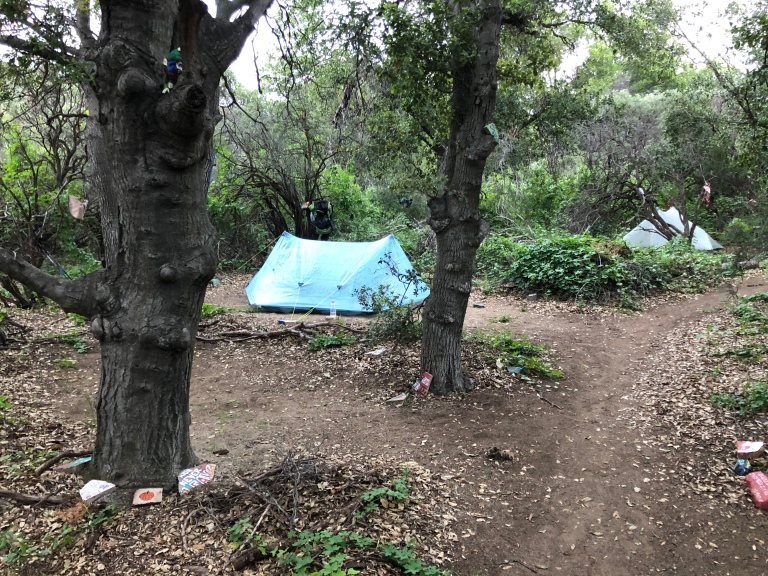 They also serve waffles every morning.

Thank you Joe and Terrie – you truly are Trail Angels to the PCT hiker community!