This morning we were up and hiking by 7:15. The campground that we had camped at was a short distance from the official PCT so we back on the trail in a few minutes. It was another beautiful morning with clear blue skies and great views. The first few miles were uphill – we started in a desert scrub and slowly climbed into the pine trees.

As we climbed higher we passed through a previously burned area. This area burned in 2009 and was called the Station Fire. At the time it was the largest wildfire in the the history of Los Angeles County.

As we hiked through this area we a met few younger hikers at the next water source where we all filled up with fresh water. We always filter the water we collect before drinking it. There are several lightweight filters that PCT hikers commonly use. The one we use is called the Katadyn Be Free and looks like this: 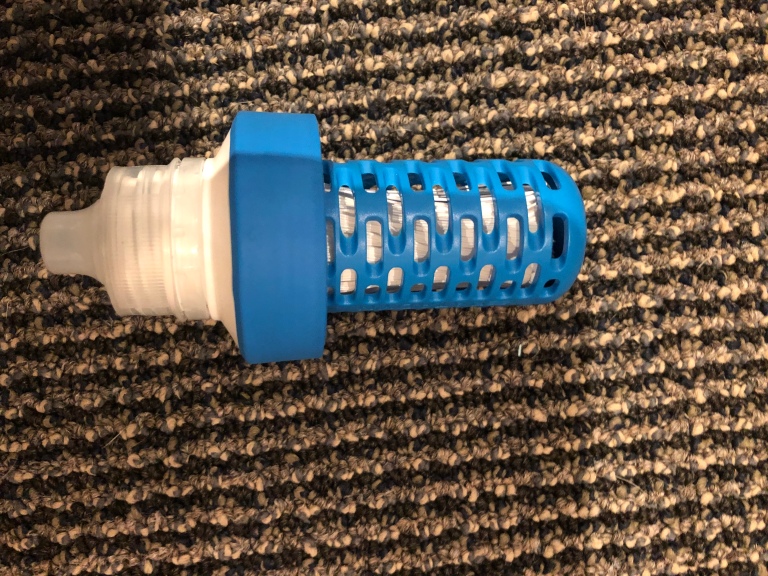 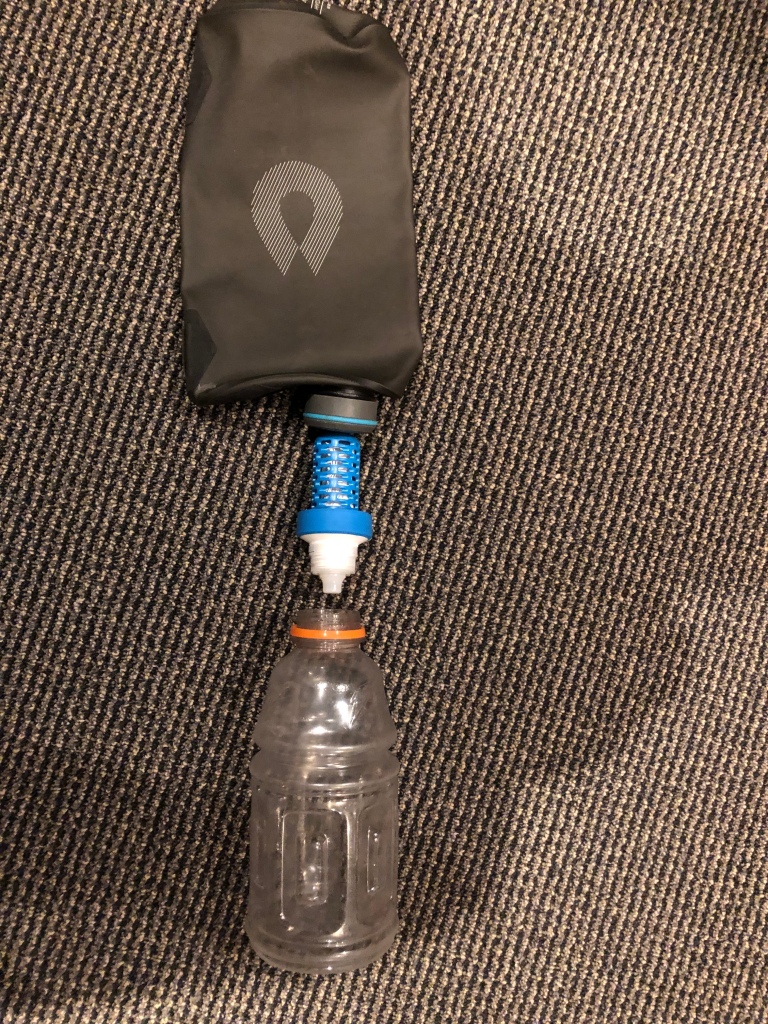 After water is collected in the “dirty” gray bag the filter is connected to the bag. Gravity or squeezing the gray bag will force the water through the filter and into your “clean” container ( the clear container in the photo). Then you can drink it.

There is a plant that grows in recently burned areas called Poodle Dog Bush (PDB). We were aware of this plant but had only seen pictures of it. One of the younger hikers we met ( a very nice young man named Duke hiking with his wife named Dutchess – sorry didn’t get a photo) asked us if we had seen the PDB. We hadn’t so he showed us the plant 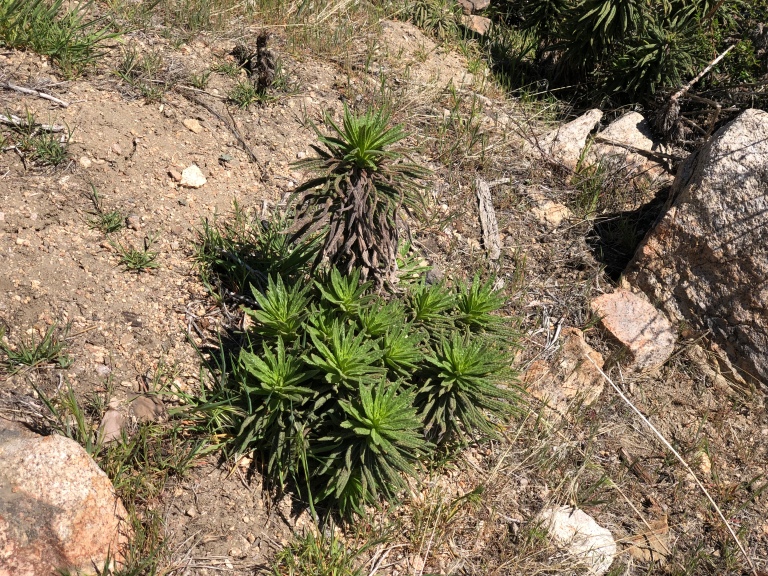 Sometimes this plant has purple flowers. The reason this plant is important is because touching it can cause severe skin irritation or even an allergic reaction – anything from a mild skin rash to blistering to severe respiratory distress. So obviously it is to be avoided! So we were thankful that Duke showed us which plant was to be avoided. While we did see PDB along the trail in this area, we understand that major work has been done by the forest service to remove it from the hiking trails in this area. Thank you Forest Service! 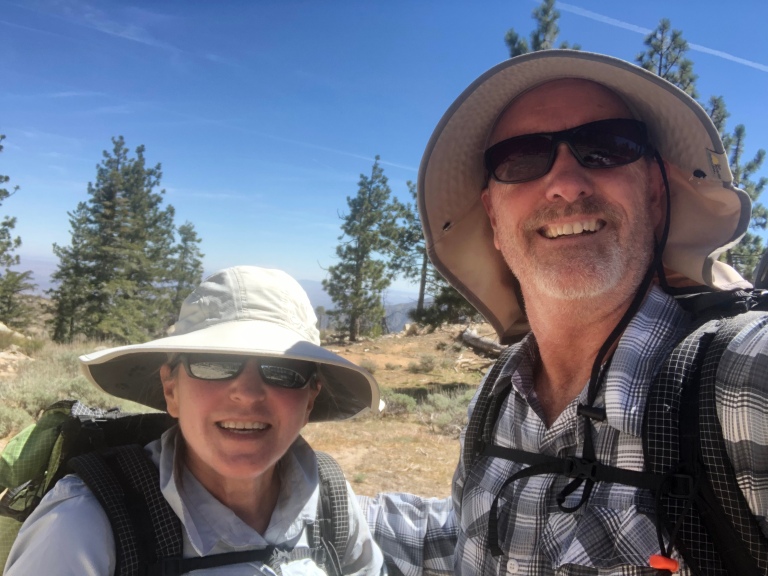 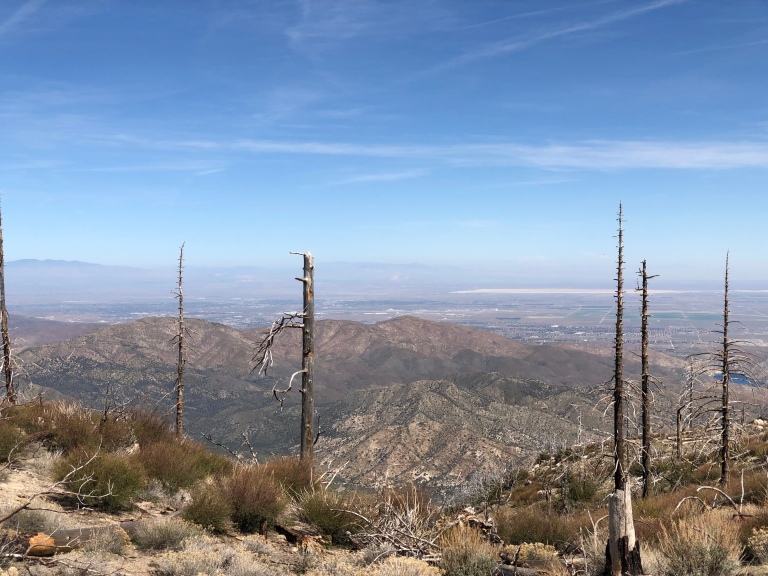 Later that afternoon we passed a sign from Trail Angel Mary – we didn’t need her help but thank God for trail angels – they are truely amazing people. 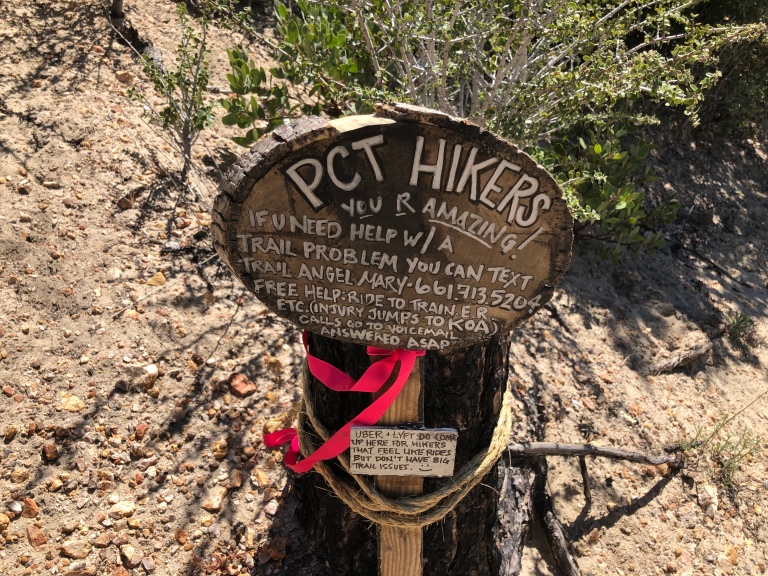 Finally we reached the Mill Creek Fire Station where we filled up with water.